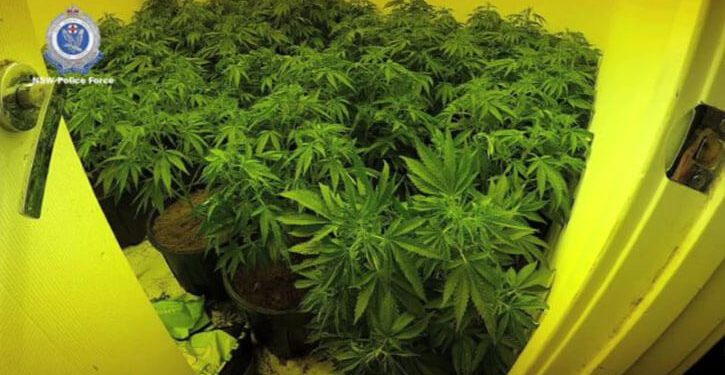 New South Wales police have uncovered a secret cannabis garden hidden inside the bedroom of an ordinary family home Batemans Bay on the South Coast.

Police raided the family home on Tallwood Crescent in Rosedale at 10:30 am on Wednesday, the 21st of July, 2021. At the property, South Coast Police allege they discovered a large hydroponic grow operation with 49 cannabis plants nestled into one of the bedrooms. Police also seized hydroponic growing equipment, prescription medication, and an undisclosed quantity of cannabis leaf from the house.

According to NSW police, a child also had access to the cannabis operation.

A child was also located at the premises, and police will allege the grow room was open and accessible to the child.

Police have charged two people in connection with the indoor cannabis garden. This includes a 50-year-old man who was arrested at the property and taken to Batemans Bay Police Station. Police charged him with possessing a prohibited drug, cultivating a prohibited drug and exposing a child to enhanced indoor cultivation of cannabis plants. A 37-year-old woman was issued a Future Court Attendance Notice. Police allege she possessed cannabis lead and a prescribed restricted substance.

The 50-year-old man was given conditional bail and is set to appear in Batemans Bay Local Court on Monday, the 9th of August, 2021. Police have since destroyed the grow operation inside the family home (though this tiny garden is just a drop in an overflowing bucket of illegal cannabis grow operations).